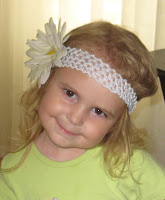 My morning began with my sweet Finley tip-toeing into my room, all dressed for school, cute as a button. She was chowing on a baggie of cheerios. I was sound asleep, the type of sleep that borders on unconsciousness, with my back turned to her.  Then she whispered “mommy.” Who can resist that? I mean even the Grinch would wake up if Finley whispered to him the way she did to me. I pried my eyes open and tried to turn over to face her. I put my hand out to touch her sweet, smiley face, and she dropped half a cheerio in it. She asked if I wanted it. I said I couldn’t. (My kids are very used to the food restrictions from Lyme’s.) She said, “save it till you get better soon.” I said “when is that?” Looking over her shoulder as she left my room she responded matter-of-factly, “In 4 hours.” (She did come back later to give me the other half a cheerio.) 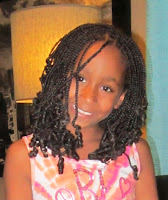 A few days ago I had a major episode while Robyn had a friend over. Melody and Charles were hovering around me, Robyn and Rosemary peeking over their shoulders trying to see what was going on. Robyn, so blaisé after seeing it so many times, explains to Rosemary that, “my mom’s brain is broken for awhile.” a very apt and simple explanation. You could write pages on this disease, but it comes down to that one fact - my brain is broken.

Out of the mouths of babes, right? I guess that no longer works in the 21st century - “babes” has taken on a whole new meaning. Maybe it should be “Kids say the darndest things.” First of all, that was the title of a TV show, admittedly it was very funny, but I think the word darndest was actually made up just for the show. And while I’m a huge proponent of making up words, I just think this one is dumbalicious. I do believe I will just say - my kids are pretty smart. 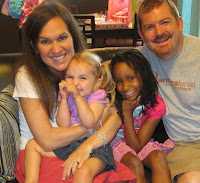 The part that breaks my heart about these things they say is how used to it they’ve become to me being sick. An “episode” is no longer shocking to them. They know that when they get home that I will most likely be asleep. They know that other people will often be taking care of them. They know that I can’t eat certain things because I’m sick, and yet, every time I push my walker out of my bedroom, Finn says, “you all better now?” or “you not sick anymore?” And the thing that overwhelms me is the hope in her eyes. After my first dr. appt. in DC, Robyn asked to talk to me on the phone. She asked, “So, you are all better now?” She believed that one doctor’s visit would heal me completely. How do you explain to a 7 year old that you probably won’t feel better for almost a year. They believe every day that I’m gonna get better. There is never a doubt that I might not. They never, ever give up. There is just always hope. What a gift.

Hope guides me. It is what gets me through the day, and especially the night.   - A Knight’s Tale